Celebrate Beltaine on the First Day of May. Celebrate the energy of the Green Earth and the Mother ray (Ma-ray). The Maiden’s embodiment of spring is over, the earth resurrected from winter. The Matron’s energy of summer enters the world, holding the sun rising to zenith and then tending the turn back towards the dark time of year. The Matron is responsible for carrying time forward to Samhain, the opposing cross-quarter given to the Crone. The Matron marries, raises the babies, fosters the creative projects generated in the winter to fruition, and brings the gardens and fields into harvest. May Day is the passage.

From Eostre to Beltaine it’s clear the Goddess is afoot, the earth reborn, the stag returned to the forest, and all things are ready to mate in the seasonal fete of the s/he, goddess and god, Queen of the May and God of the Hunt. Blessed be.

One masculine energy of Beltaine is in the Fire of Belenos, god of Light and Healing, Bright Fire, Shining One. In Scotland Bel-fires traditionally are kindled on the tops of the hills. At this festival the herds, confined throughout the winter in barns, houses and fences, are driven between the great bonfires to grant them protection from disease and to increase their fertility. Heads crowned with white May flowers, both men and women dance around the bonfires, sometimes leaping over them. Contact with the fire is contact with the sun, the life-giving energy. 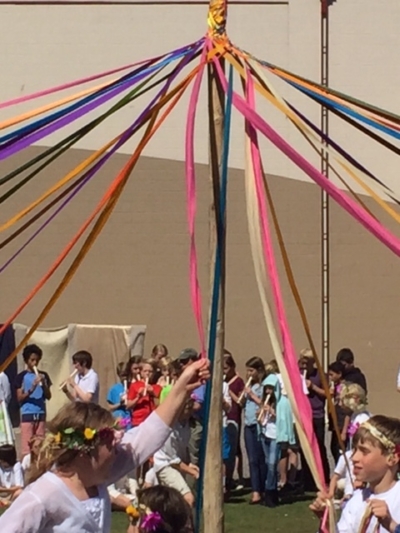 Traditional May Day dancing is retained in our world wherever the May Pole is raised. The masculine pole is carried into the village by the men, and strung with ribbons of different colors tied into the top by the women. A crown of flowers sits the top. The pole is lifted into place, and two rows of dancers circle the pole, one row going one way and the other the opposing. They weave the ribbons by going first under, then over, the opposing circle’s dancers’ ribbons. A woman having difficulty becoming pregnant could stand back to the pole and the dancers would weave her in, and then, going back, weave her out again. At the end the dancers have created a pattern as the feminine enwraps the masculine. The flower crown at the top descends the ribbons as they are woven until it weds the earth.

My husband and I are fans of Beltane Border Morris, a stunning, energetic dance group in England. Here’s a link to them dancing their May Day dance.

The traditional song Summer is Icumen In celebrates this season of fecundity; partially interpreted by Lola Wilcox.

Sumer is icumen in

Summer is a’comin in

The ewe is bleating after her lamb,

The cow is lowing after her calf;

The bullock is prancing,

The buck farting [or, according to Platzer 1995, “The stag cavorting“],

In the West crowning the King and Queen of the May is a tradition of fertility, or, for the very young, the promise of a joyful maturity. The Hero/Heroine have completed the long journey of birth, childhood, adolescence, and young adulthood. The next decades of their life are spent in productivity, tending to their tasks, turning the Wheel of Dharma for their generation. They are the Matron and the Patron.

Images of the Matron include Demeter, the Greek Goddess of agriculture. Another image is the description in the 31st Chapter of Proverbs of a woman who manages her extensive household and businesses, while being honorable and kind. The word has overtones of valor, for she is competent, capable, and caring. Another image is the Black Madonna, a representation of Mary, the mother of Jesus. 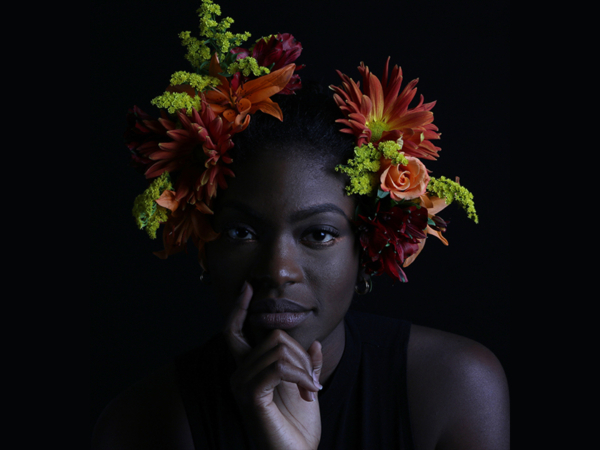 The physician Luke visits and interviews Mary the Mother, recording her words in his gospel. The disciple whom Jesus loved (John) has taken her to Ephesus, where she has a house. Here she lived her life through her transition from Matron to Crone. 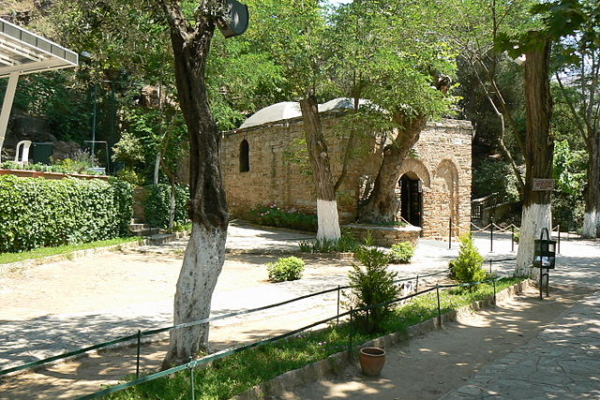 Luke visits her at her home, and records these words, perhaps as she looks back at her long and interesting life, centered around her son.

My soul doth magnify the Lord, and my sprit hath rejoiced in God, my Savior.

For He has looked with favor on his lowly handmaiden.

For behold from henceforth all generations shall call me blessed

For He that is mighty hath magnified me, and holy is his name.

Mary’s son, Jesus, calls all of creation to Love, to caring. It is not too much of a stretch to see him as a Patron for the Greening Earth.

Images of the Patron include Pan, named as “the oldest old thing” in Puck of Pook Hill by Rudyard Kipling. Kipling himself is a positive image for the Patron. A definition of Patron is a person who serves as guardian (protector) for something. A current Patron is mostly named that in the arts as they fund venues and artists, and tends to mean both male and female.

The words for the old energy of the Matron is fertility; her mate, Patron, is of care and protection. These words, along with their archetypal meaning, have faded in recent times. Matron has been given a specific tone from women heads of schools or hospitals; many examples are negative. Patron has been attached to “patronizing”.  Let’s restore these words to their original meanings, and celebrate our years in these roles. 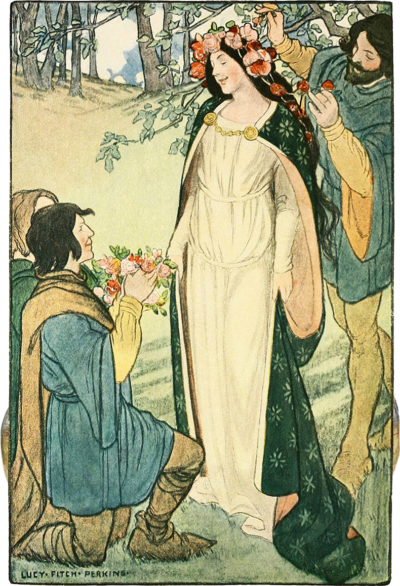 On May Day in England games, archery contests, and plays about Robin Hood and Lady Marion are performed.

Robin Hood is an evolutionary figure for Pan/Puck, the Green Man, and Marian is an alternative name for Mary. Perhaps it is every year at Beltaine that Maid Marion marries Robin. Perhaps as Matron of Summer she heals the scars of the winter of a bad king, and perhaps as Patron, Robin distributes the ill-gotten gains of the rich to the poor. This is, at the very least, the heart of the archetypes we’ve been exploring. You can find a short play about Robin and Marion on this site here.

Prayer for Fertility and Protection

Walk with me, Lady of the May, Green Man of the Wood.

Bless all that grows with life, and guard all from danger.

Let the good that we do bear fruit; let all evil wither away.

And you, Journey Maker – how will you celebrate Beltaine, the coming of summer?

This blog is one of a series taken in part from Spiritual Seasonings: A Life Recipe Book (currently sold out).