Beltaine’s name comes from the Celtic God Belanos, a Fire God. In Hawai’i Pele is a Fire Goddess; try at any time to tell a person who has met her on the volcanoes that she doesn’t exist. I searched List of Fire Gods, and Wikipedia gave us this most amazing world wide, multicultural list. Just glance at it: https://en.wikipedia.org/wiki/List_of_fire_gods. 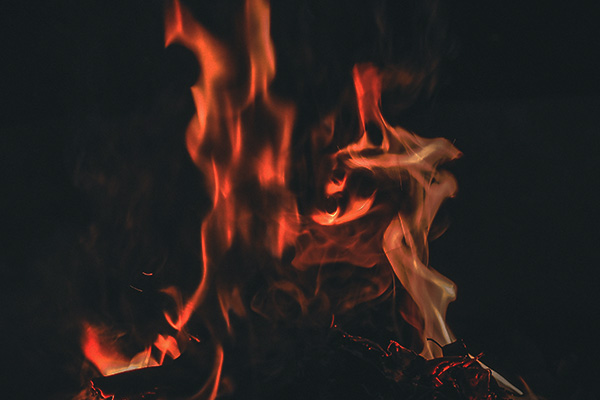 Some common associations around Fire include:

World wide, Fire is considered to be a Primal Element.

The four primal elements for millennia for the West are Fire, Water, Air and Earth, adding a fifth (aether) at times. The Chinese name the fifth element Wood. Our birthday’s astrological designations place us in one of the primal elements; we might be asked “Are you a Fire sign?

Primal element means everything is made from it or a mixture of it with another primal element. Modern Atomic theory disagrees, classifying atoms into chemical elements. Wikipedia tells us these important facts: These elements form chemical compounds and mixtures, and under different temperatures and pressures, these substances can adopt different states of matter. The most commonly observed states of solid, liquid, gas, and plasma share many attributes with the classical elements of earth, water, air, and fire, respectively, but these states are due to similar behavior of different types of atoms at similar energy levels, and not due to containing a certain type of atom or a certain type of substance.  https://en.wikipedia.org/wiki/Classical_element

Smokey the Bear for decades has been a symbol/mascot for teaching about fire in the United States. Here the three elements of fire are fuel, oxygen, and heat, and they are interdependent, needing each other to become fire. 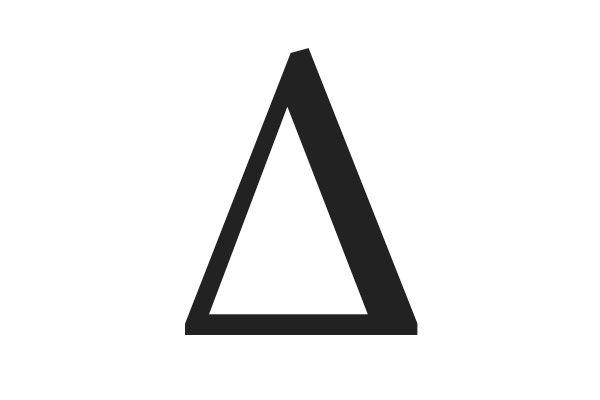 The classical symbol for Fire is Delta. It denotes change in science, alchemy, and mathematics notations. 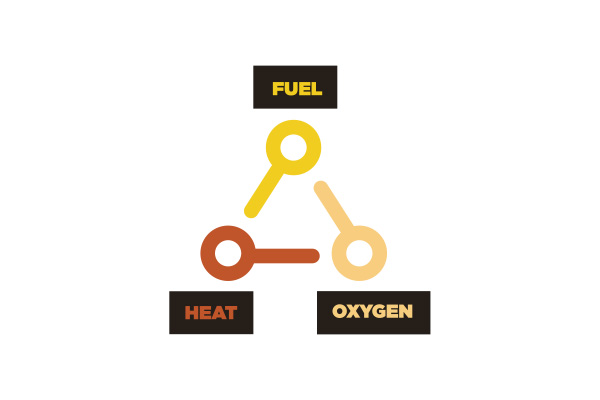 Smokey Bear uses a triangle to talk about the three elements needed for fire.

Change. The nature of fire, even at the atomic level, is Transformation.

The Double Nature of Fire: Destruction and Construction 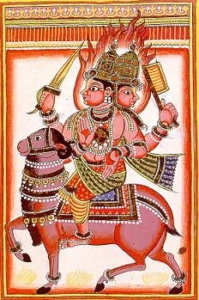 A bonfire can become a wildfire. Warmth from the sun ceases to comfort when hot enough to cause drought. Creativity is described as a Fire in the Mind – and it can consume as well as initiate. Anger can be a driver for murder or to seek justice. Atomic fire might warm our homes or burn Hiroshima and Nagisaki, marking the genetic structures of generations of who and what lived there. The use of Fire depends on the nature and discipline of the individual. Individuals are shaped by culture. Much of our world’s dominant cultures are consumer, destructive cultures.

We use the phrase “branded” so lightly; we say “It’s the brand for X products” or ask “What’s your brand?” A fire-hot branding iron is shaped in the symbol of the owner, and the cow or human or tree that’s branded is marked as owned. When working with fire it is useful to consider how we are branded. We brand ourselves by the clothes we wear or roles like rancher or vegetarian, investor or environmentalist. We brand others: racist/multiculturalist, child/elder, educated/uninformed… we are branded as consumers, destroyers of the planet.

The primal elements are poisoned. Even the seas, our Mother Waters, are dying. Fires rage across whole landscapes. Air whirls and sweeps in terrible storms. Our situation world wide is at an elemental level. To choose the other side of Fire – the constructive side – is critical to our planet’s survival.

The Primal Element Fire changes everything it touches.This is true both in reality and in metaphor/story. You are fire, I am fire: we meet and something happens. We destroy something in each other, and/or bring light and warmth to each other.

How? Many individuals, organizations, cultures and nations are responding to the situation by changing consumption habits, and demanding the consumer culture transform into one that supports life.

To be transformed by fire is a conversion experience: the old is burned away, becomes smoke and ashes. To fear the consumption denies the construction. For after the fire, we rise…

“We are burned, burned by the fire
We are ashes, ashes and smoke.
But we will rise, higher and higher
On the wings of justice, compassion and hope.

Coming up at the next Cross-quarters

I’ve heard all four Cross Quarters described as Fire celebrations, and truly fire is part of each festival. However, going forward we will consider that each Cross Quarter honors a different primal element. 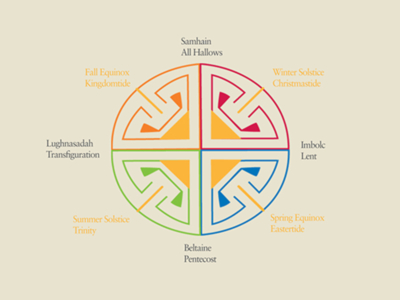 Questions for you – please comment on any of these questions or ask your own, make your own comments. The comment box is below, at the end of the entire blog page.

-How do you celebrate Beltaine – May Day?

-How is this primal element of fire showing up in your life?

-Where have you been branded and what are you doing about it?

-What do you do to construct rather than consume? 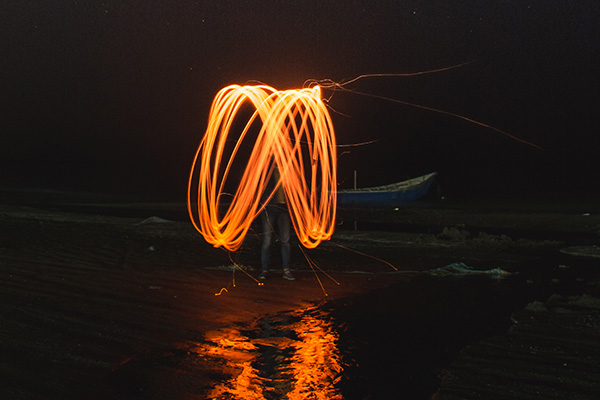