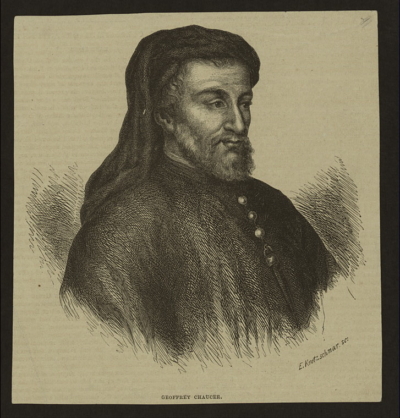 I knew Geoffrey Chaucer’s grave was in London’s Westminster Cathedral, but came upon it entirely by chance, attracted to the earth tones amongst all the white marble poets. He was buried there for his civil services to the Crown and “being a tenant of the Abbey’s close,” not for being the Father of English Literature. The grave I saw came later, in 1556, when they moved him into the area of the cathedral named Poet’s Corner. He wrote in the English of his day, which we now call Middle English. He was born in the 1340’s and died Oct 25, 1400. 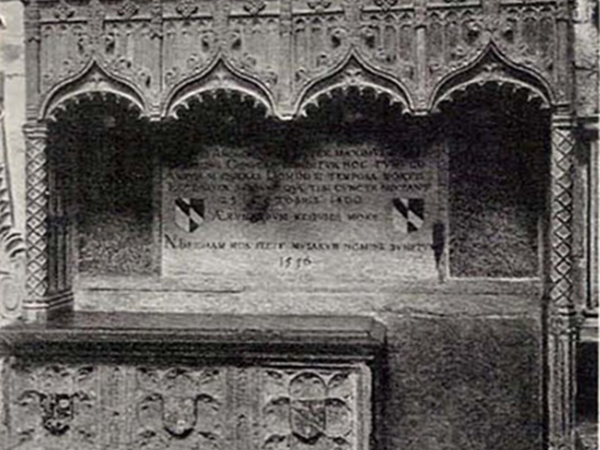 Chaucer translated Boethius’ The Consolation of Philosophy , from the Latin as did almost every member of the upper classes of many countries for hundreds of years, including Elizabeth I. The image of the Wheel of Fortune is introduced by Boethius. He and his two sons were co-consuls of Rome in 522, with Boethius as magister officiorum (head of the government). A year later the sons were dead and Boethius imprisoned. In the Consolation, Boethius elaborates on how a person who pins self-definition on Fortune must turn with the Wheel, but a person with Philosophia rides the turns without being defined by them has Free Will. Boethius also wrote De Trinitate (c. 520–21), the foundation for understanding God the Father, God the Son, and God the Holy Ghost.

Chaucer’s longest work is the Canterbury Tales, where we see various pilgrims gather to travel together in pilgrimage to Canterbury. He plays with Free Will with the characters, both the pilgrims and the characters in the stories they each tell. In the Parson’s Tale he identifies seven classic deadly sins/ills that bring death to the soul, and to those around the sinner. He also gives the seven quickening, life-giving cures/virtues paired with those sins. They are: Chastity/Lust; Abstinence/Gluttony; Charity/Greed; Diligence/Sloth; Patience/Anger; Kindness/Envy; Humility/Pride. 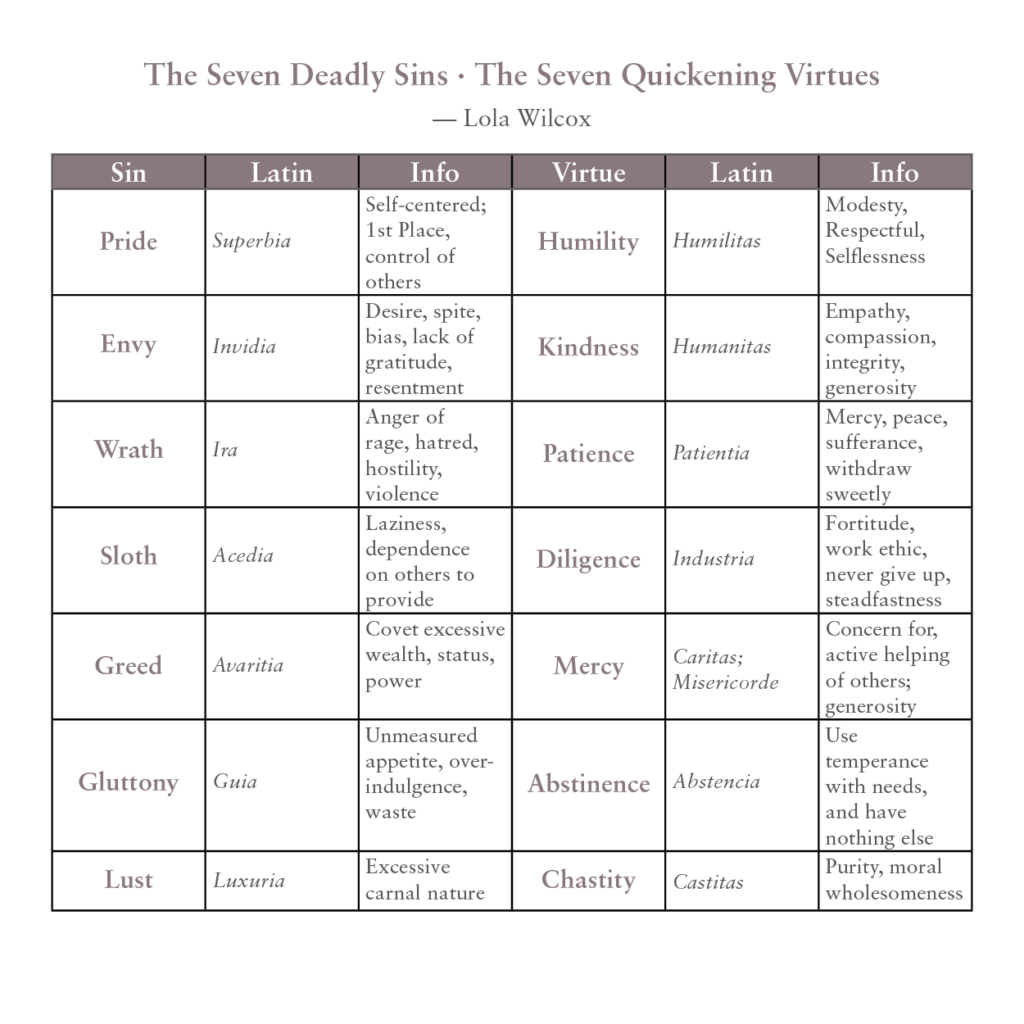 Each of these sins and virtues, illnesses and cures is a continuum. We find ourselves somewhere on each of these seven, perhaps by Fate. But we are free to choose to change that Fate, to develop ourselves in an opposing direction. The call to movement goes both ways, as a Virtues can be as binding a Fate as a Vice. I explore this idea in the Lenten piece, The Middle Way.

What we do with ourselves from this moment onward, we choose to do – it is the exercise of our Free Will. And likewise those around us make choices, and some of those choices lead to suffering and death, not only for them but those around them. We each choose where we fall on each continuum, and it is by our will that we choose where we find ourselves in the future. May each of our wills choose to travel a redemptive Road of Trials.